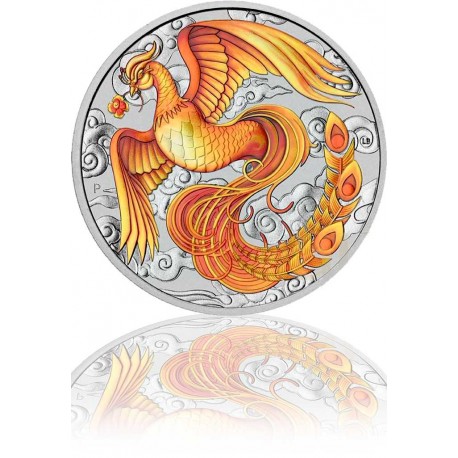 This product is no longer in stock

The coveted 1 ounce fine silver coin with the colorfully colored phoenix (Chinese Myth & Legends) was issued in a limited edition of 4,000 copies in 2022 by the Australian mint Perth Mint.

The phoenix, the mythical creature from Greek mythology that burns in fire and is reborn at sunrise. With the familiar saying "like a phoenix from the ashes", the bird of light will live on for many years to come. According to legend, the phoenix has a lifespan of up to 12954 years. The feather of a phoenix is said to make the finder immortal.